10 Reasons Not to Vote

There are just a few days left until election day and If you’re like me, you are fed up with wall to wall political ads touting sketchy facts, TV pundits who parse every gesture and word uttered by candidates and the intense mudslinging that is being flung by both political parties. I live in North Carolina which until about a week ago was considered a swing state.

Our home has been inundated with robocalls and campaign staffer calls from both parties. It’s gotten so bad we’ve had to turn off the ringer on our landline. Earlier this week I finally went out and voted early. The wait wasn’t too bad, about twenty minutes, and I can now avoid the mad dash on election day.

Even though I’ve voted already, I realize there are probably a few people out there still on the fence about whether to vote or not. To help you make up your mind, here are ten perfectly good excuses to sit out this election cycle: 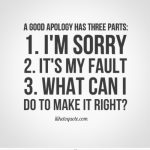