You know you’ve watched them.

They make you think and often question what you know to be true. Sometimes they get you so fired up you send a link to a friend.

“You’ve GOT to watch this!” you write.

I love TED talks. Watch them all the time.

I listen to TED radio hour every Saturday.

So when I got a call earlier this spring to be a speaker at the TEDx Greensboro event, I said yes right away.

Not because I thought I was as awesome as all of those TED speakers that I so admire, but because I immediately thought, “I want to learn to speak like THAT.”

I would have about two and half months to prepare which gave me plenty of time to get ready (and freakout) for the journey.

The theme for this year was “Radical. Powerful. Doable.”

I gave that talk in May and it was one of the best experiences I have had in my career. Here are a few key lessons I learned during my preparation:

Have an idea worth sharing.
This seems like a no brainer but it’s essential. TED is all about the big idea that can be shared. That people have to know about. Many TED talk speakers are experts on their topic which makes them credible and believable – a huge bonus. But what really matters is the kick ass idea that you are passionate about.

Be prepared to unlearn everything you know about public speaking.
TED talks aren’t lectures or presentations. They are talks so the approach is very different. Think about it. What’s amazing about TED talks is how the speakers pack a big idea into a relatively short amount of time. My TED talk was only 13 minutes long. Some talks are even shorter while others are longer. I thought I was experienced in public speaking until I met Rich Schlentz, who was the coach for all of the  TEDx Greensboro speakers.

With Rich I learned that the first three minutes of a talk were the most important. Those first minutes are where you grab (or lose) your audience and so we spent weeks just working on those first few minutes making sure the opening was structured just right.

Rehearse. Rehearse. Rehearse.
Even if (especially if) you are experienced in public speaking, don’t try to wing the TED talk. I didn’t finish writing my talk until about two weeks before I was scheduled to deliver it. But even as I was scripting my talk, I was rehearsing out loud all along the way. The dress rehearsal was critical because it gave me a feel for what it would be like to stand up on that darkened stage facing an audience.

Connect with the audience.
The power of the TED talk is the connection between the speaker and the audience. Whether it’s happiness, camaraderie or motivation, you want the audience to deeply feel something by the end of your talk. This is a crucial lesson I learned working with Rich. The ending is as important as the beginning.

I struggled to write my ending and didn’t have it until about two weeks before the event.  One single idea kept coming to me and I dismissed it repeatedly because I thought it was too depressing.  Rich convinced me it was the right idea and helped me shape it. It turned out to be the right call based on the reactions I received after my talk.

Have fun.
When I finally stepped on that stage, I. Was. Ready. Before I stepped out into the lights, one of my fellow speakers and I said a quick prayer for all of us speakers. I took several slow, deep breathes and stepped on to the stage. Before I started speaking I gave my self a few seconds to center my attention and feel the energy of the audience.  While I had a few nerves, when I started speaking it felt like the most natural thing in the world.

You can check out my TED talk, “Why does a successful person feel like a fraud…” below. Let me know your thoughts in the comments. Also, if you have a favorite TED talk, do share and let me know why you it speaks to you. 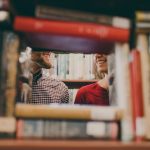 Do You Need a Sponsor or a Mentor?Career, worklife 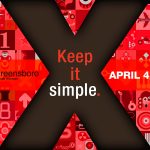