Ban “Bossy”? Ban These Words Instead.

Last month, Facebook COO Sheryl Sandberg, who stepped into the spotlight last year with her bestselling book Lean In , launched her latest mission.

In partnership with the Girls Scouts of America, The Ban Bossy campaign seeks to eliminate the use of a word that some believe hurts girls’ self-esteem and discourages them from stepping into leadership roles.

Sandberg used her considerable star power to get mega-watt celebrities like Jennifer Garner, Beyonce and First Lady Michelle Obama and former Secretary of State Condoleeza Rice to endorse her campaign.

The Ban Bossy website site is full of resources for girls, parents and educators to encourage young girls to become leaders.

I like this aspect of the campaign a lot.

And I admire Sandberg’s efforts to change the public discourse about how we think about women, leadership, gender inequality and how women are portrayed in popular images.

Still this campaign feels a little like a PR stunt.

Since its launch a few weeks ago, I’ve seen and heard very little about the campaign.

I suspect Ban Bossy is more about broadening the appeal of Sandberg’s ‘Lean In’ message and silencing her critics, who have accused her of being elitist and focused on issues that are only of concern to privileged white women.

I’m not joining the bandwagon of Sandberg haters because I believe her intentions are good.

She’s putting herself out there to challenge conventions about modern feminism and taking a lot of hits along the way.

But the Ban Bossy campaign has me scratching my head.

I just think we are better off focusing our efforts to make girls more resilient and less focused on what others say or think about them.

History is littered with attempts to ban words.

Remember when the NAACP held a funeral for the N-Word back in 2007?

How did that work out?

The NFL is currently trying to ban the use of the N-word and other slurs on and off the field.

A difficult but admirable goal.

Language evolves and we should too.

So as long as we are talking about banning words, I’d like to add a few of my own to the list:

Articulate. Sample sentence: “You are so articulate!” Frequently said to black people with a sub-text meaning, “I didn’t know that black people didn’t all speak using ebonics.” Don’t ever say this to someone who is African-American. I promise you they won’t take it as a compliment.

Opportunity. Sample sentence: “This is a great opportunity for you.” Frequently said by managers looking to delegate crappy assignments to junior staff under the guise of career development. Folks, let’s call a spade a spade and admit that sometimes we delegate certain projects because no one else wants to do it.

Impactful. Sample sentence: “This program is going to be very impactful.” Listen up, because I am only going to say this once, “Impactful” is not a word. Not now. Not ever. Don’t use it. Why not use “Influential” or “Effective” two words that are actually in the English language? Thank you.

Oriental. Sample sentence: “There were so many Oriental people at that store.” *Sigh* I feel compelled to include this word because I live in the South and I actually hear people still using it.  No. No. No. No. No. Using the the world “Oriental” to describe someone of Asian- descent is like using “Colored” or “Negro” to describe someone who is African-American.  Very 1950’s.  Don’t use it. Ever. I mean it.

Selfie. Sample sentence: “Let’s take a selfie together!” You know a word is played out when it becomes a song. If you feel compelled to use this word, stop, smack yourself on the forehead and just take a picture instead.

What do you think? What words do wish people would stop using? Let me know your thoughts in the comments. 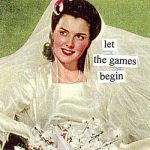 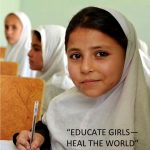