Give like Bill Gates without going broke: Small donations with big impact.

Have you ever met someone who is so dynamic and so articulate about their passion for a cause that you just want to say, “That’s it. Where do I sign up?” Well, this is how I felt when I met Wendy Smith, writer, speaker, non-profit consultant and fundraising extraordinaire earlier this year at the ShotAtLife volunteer summit.

Wendy is author of a popular book and founder of a companion website called Give A Little and she advises non-profit organizations on how to broaden their donor bases. The underlying passion of her work though is to educate the public about how small donations from every day people (that’s you and me) can transform the world.

I sat down with Wendy to learn why she is so passionate about giving and what parents can do to teach their children about generosity.

Tell me a little bit about the book “Give a Little: How Your Small Donations Can Transform Our World.” What inspired you to write it?

I had worked in the non-profit community a long time and I wanted to write a book about the sector. It was going to be a totally different book about the flaws in the business model of non-profits. Then I started reading a book about these amazing programs. I heard about this project called, Bridges to Prosperity  a group that builds foot bridges. One story was about a guy who raised money to build a footbridge across the Nile River. Then I heard about the Nothing But Nets campaign to eradicate malaria. These are incredible stories.

So that compelled you to write the book?

Yes. Then I came across the stats on giving following the devastating tsunami in Indonesia. Half of all the $6.2 billion raised in aid came from small donations from individuals. American individuals gave in record numbers in $50.00 increments. Americans are incredibly generous but don’t know it! I wanted to share this information and empower people. I wanted to give them the truth!   I wanted to dispell the myths that only the very wealthy, celebrities and big foundations can make a difference and share what I was learning. It was really revealing and such an exciting reveal.

In 2010 $220 billion was given by individuals to non-profit organizations. $100-$110 billion of that came from non-wealthy (earning less than $200k a year) household.   My experience talking to non-wealthy donors is they give because they are moved by something. Even though we have this boot-strap philosophy in the US, we are very concerned about our neighbors! One of the most moving statistics to me is that in this recession non-wealthy people have continued to give and even give more to charity than they were giving  previously. There is something about crises that really moves people.  At the end of the year people are writing checks  and that’s creating a mountain of giving. And now we have the internet and that is making giving even easier.

What would you say to the person who doesn’t think they can make a difference because they don’t have a lot of money to contribute?

There are a lot of people who live pay check to pay check who give. They give through their children’s school, through church. There are lots of ways we take care of one another that don’t get counted.

Why do you think we are so enamored of “famous” philanthropists? I’m thinking Bill Gates for example, but many of us don’t see that we could have a similar impact (albeit on a smaller scale)?

They give big numbers and we love celebrities. I worry though that people think their $50 won’t make a difference. I wish more celebrities would come out and say, “Your $50 is important too.” It’s fantastic that with people with a lot of means give a lot, but we also need to be more educated about how people of average means give a lot too.

Many parents (me included) want to teach their children about giving – of time and money. What’s the best way to get started?

It starts by being an example and letting y0ur children see your acts of generosity. I’ve always made a point to give in front of my kids, even a small donation at the grocery store checkout becomes a lesson.  Now it’s become a apart of their behavior and their lives. So doing and teaching by example is the first thing. And then talking to kids more and more about giving as they get  older. Schools have caught on that kids are socially aware. Kids care other about kids and their needs. It’s the culture in schools now to do service projects. It’s amazing.

You’ve been a non-profit consultant and speaker for a long time. Is there one story that stands out for you about the power of individual giving?

It goes back to a story I wrote about in my book. The Nothing But Net story is really powerful.People should read Rick Reilly’s orginal 2006 Sports Illustrated column. The response was just incredible. He asked people to give $10 and within six months they raised$1.6million dollars.  When people find out how little it costs to support some of these efforts the results can be powerful.

Now it’s your turn.  How do you teach your children about generosity? Do you have a favorite cause or charity you like to support? 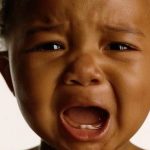