I’m Sorry: What Kids Can Teach Adults About Apologies.

It was a play date that started out pretty much like all play dates.  D2 and his pre-school classmate Meena were playing in the tee pee in his room. Meena’s mom and I were chilling out in the kitchen catching up on some much needed adult conversation.

Waaaaaaaa! D2 sprints into the kitchen screaming his head off.

What’s great about young children is they haven’t learned to lie.

Meena readily admits that she clocked D2 because she wanted the truck he was playing with and he refused to share.

Her mom does what all moms do.

Meena, say you’re sorry and give D2 a hug. Meena gives her the fish eye.

A few moments after a side-bar conversation with her mom, she apologizes to D2.

I’m sorry for hitting you and making you upset.

He hugs her back.

They go off to play. Crisis averted.

A few days later an envelope arrives in the mail addressed to D2. Written in pencil on extra-wide, lined binder paper is an apology note to D2 from Meena.  While clearly she had help writing the note, as a mom, I really appreciated the gesture.

Teaching children to accept responsibility for wrong doing and express remorse is a valuable lesson. If only adults would remember this.

Most adults are lousy when it comes to apologies.

We don’t admit we are wrong.

We blame other people’s actions for our transgressions.

We apologize too late.

Today in our culture we often see apologizing as a form of weakness. Witness the vitriol in our current political system where talk-radio shock jocks and elected officials can hurl insults and then refuse to apologize for fear of looking weak in front of their constituents.

In one study medical malpractice suits fell by 36% when doctors admitted mistakes, apologized and offered compensation. In that same study, average cost of lawsuits fell from $406,000 to nearly $228,000 when medical practitioners took responsibility and apologized for their mistakes.

Earlier this month presidential hopeful Chris Christie apologized in a 170-minute press conference where he took responsibility for the closing of the George Washington Bridge.

While the public seems to have largely forgiven him, Christie’s political enemies are just getting warmed up, challenging the the truthfulness of his story and digging for more dirt.

In my adopted home state of North Carolina, legislation was just passed last year to compensate victims of the state’s eugenics program, where nearly 8,000 residents, labeled “mentally or socially defective”, were forcibly sterilized between 1929 to 1977.

The state worked hard to suppress the details of the eugenics program. But after tireless advocacy by the victims, their families and a few dedicated legislators, then-Governor Mike Easeley finally issued a formal apology in 2002. Sadly, many of the victims of this barbaric social experiment are dead or dying and may never be compensated for their suffering.

We adults have a long way to go when it comes to learning how to make a proper apology.

And knowing how to apologize is critical to maintain relationships.

Think back to a time when someone really hurt or offended you. If they apologized, perhaps you were able to forgive the person. How did you feel if that apology never came? Hurt? Angry? Maybe you are even still holding a grudge after many years.

Children can teach us so much about apologies.

Accept responsibility.  Have you ever noticed how young children will readily admit they are wrong? Most children hate to disappoint people they love or care about. They immediately ‘fess up to get back into your good graces. Take a cue from your own tot, when you screw up, go ahead admit it rather than make lame excuses for your behavior. We all mess up but the true test is whether you can own up to your mistake and try to make it right.

Don’t wait. The most effective apology is an immediate one. When little kids get in a brawl, they don’t wait weeks or months to apologize, they do it right then and there!  The longer you wait to admit your mistake, the more damage you cause to your relationship with the individual. The more damage to the relationship, the less likely the person is to forgive you. Remember that.

Make amends.  When D2 colored with (gah!) permanent marker on the back of my bedroom door, he knew he was in some deep manure. As angry as I was, I was pretty impressed that he grabbed a little sponge and tried to help me scrub his scribbles off the door. Even better yet was when he sheepishly ran around the house picking up the toys he had scattered around.  So when you screw up, bring flowers, write an apology note, buy dinner… Do something that shows you are truly, deeply sorry and will never, ever do it again.

Asking for forgiveness requires you to acknowledge that you’ve caused hurt or pain. That’s hard for many of us and yet it’s a fundamental part of a sincere apology.

About fifteen years ago a friend of mine who grew up with an abusive father sent out a blast e-mail when he died of a heart attack. In her email she detailed how her father tormented her, her mother and sister. This was  a man who put her mother in the hospital multiple times with serious injuries, once with a gun shot wound.

She wrote that news of her father’s death was the best news she had received in years and that she wished she could dance on his on his grave. She concluded her email by writing she hoped he was burning in hell and suffering.

Maybe it was because I had never experienced this side of my friend but, I was mortified by the email and wrote back suggesting she needed psychological counseling among other interventions. I still shudder when I think about my response.  A classic friend #FAIL. Looking back I feel like a terrible person.

Some months later, realizing how much I hurt my friend I tried to contact her to apologize. She wanted nothing to do with me and wouldn’t respond to emails or phone calls. This was before Facebook, but let’s just say I was unfriended and I deserved it.

I lost that friendship to my great regret.

I never forgot that moment and that is why I take apologies so seriously now. A difficult lesson but for me a life-changing one.

Your turn. Is there someone you wish you had apologized to but haven’t? Why? What are you teaching your children about apologies and forgiveness? 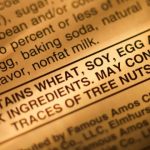 Just as I Was Getting the Hang of Parenting, My Kid is Diagnosed with Multiple Food AllergiesParenting 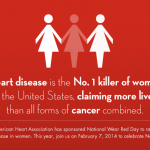 Knowing These Symptoms Can Save a Life, Maybe Yours.Health and Fitness, Live, Uncategorized, Working Mother