Mermaids and the Politics of Representation

Last week little black and brown girls (and their mommies) rejoiced everywhere when Disney announced  19-year old, singer and actress Halle Bailey(one half of the twin sister due Chloe X Halle) would play Ariel in the live-action remake of The Little Mermaid. 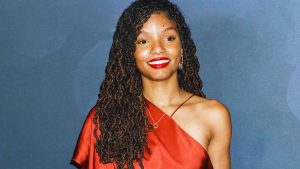 I am also super stoked that Lin-Manuel Miranda (of Hamilton fame) is writing and producing songs for the movie!

This role was sought after by a number of well-known white actresses and some people (and by that I mean primarily white people) are losing their minds.  Never mind that mermaids aren’t real, the prospect of a black actress being cast where previously the animated character was a blue-eyed, red-haired white girl with a fish tale, has some folks in a lather.

Without a doubt, this casting is a BIG deal. Including this recent move, there are twelve Disney Princesses and only one other is black. To confirm this, I went to the source — the official Disney website.  Yup. Only one black princess, Tiana from The Princess and the Frog.

But I have to give Disney props; they have been working hard to ensure culturally sensitive representation of people of color in their newest productions. When Moana came out, I was thrilled to have a Disney character I wouldn’t mind my daughter being for Halloween. And a live action version of Mulan is on the way.

Like most black moms, I know my children’s sense of self is highly influenced by the media they consume. I want them to see themselves represented in popular culture. I want them to be super heroes, scientists and yes, princesses.

I want them play with toys that look like them. I love that my daughter can sing every song to Frozen but I’d much rather see her be Moana or (the new) Ariel rather than Elsa.

Growing up there weren’t nearly the number of popular culture figures who looked like me. And toys? Forget it. I remember the days when there would literally be only one or two choices of black dolls on toy store shelves.

Today you can find dolls in numerous skin tones and hair textures. I am thrilled. I can give my daughter a doll that looks like her with mocha-colored skin, two-strand twists and deep brown eyes.

Seeing popular figures who look like my daughter affirm her sense of beauty and self-worth.

This  is why the recent casting of Halle Bailey as Ariel matters. It’s why movies like Black Panther resonated so deeply and became its own cultural movement.

I’ve read articles that dismiss this and other similar castings as “political correctness” or worse “reverse racism.”

These people don’t just don’t get it. For years, black and brown people have had to be content with not being represented or be cast as damaging stereotypes.

Not that there isn’t room for improvement but now with streaming media and production companies run by prominent artists of color like Kevin Kwan, Ava Duvarney, Ryan Coogler and Tyler Perry — to name only a few — we have more options than ever.

I just finished watching the original Netflix Rom Com “Always be My Maybe” co-written and produced by comedienne Ali Wong. And I can’t wait for the second movie installment of Crazy Rich Asians.  When was the last time you saw a (mainstream) movie with an all Asian cast that wasn’t an action film?

The more we can normalize these roles — whether it’s a black mermaid or a rom com with an all Asian cast, the less of a big deal it will be. And the more we can accept it not as a cultural anomaly but rather a true reflection of the diverse world we live in.

And that is real progress.