Paid Family Leave: Time for the U.S. to Catch Up

Nine years ago when I had my son D2, I had no concept of paid family leave. While I knew I would take three months off, I just assumed I’d make my regular pay check.

How little I knew.

But after twelve weeks, I had to return to work. I’ll never forget when one of the European board members of my company expressed surprise that I was “back so soon” after having a baby.

You see in much of western world, new parents have far more support following the birth of a new baby than we do in the U.S.

Sweden tops the list with 69 weeks of paid leave for new parents. And not far behind are Germany, Norway and Denmark who provide 60, 57 and 52 weeks of family leave respectively.

How bad is family leave policy in the U.S.?

Check out this infographic provided by Mercer below:

How’s that for progress?

I remember a close friend of mine who worked as a correction officer, had her daughter around the same time I had D2.

She fretted about getting her baby to take a bottle because she would only have six weeks off before needing to return to work. This is insane.

If you’ve ever given birth, you know those first few months are like boot camp.

Your breasts are swollen. Your nether regions are still recovering from the trauma of squeezing out the equivalent of a watermelon. You are are sleep deprived. And your hormones are in revolt.

The benefits of extended family leave have long been proven and yet still, we don’t have consensus among our elected officials or business community.

I’ve been impressed that some companies like Google are stepping up to lead the movement for increased paid family leave.

Google figured out what most leaders are just starting to acknowledge that when paid family leave is more generous, the rate at which new mothers leave the company falls significantly. In Google’s case, the rate of new moms leaving their workforce dropped by a staggering 50%.

Other companies are following suit.

At my company, we aren’t waiting for the laws to change to at least provide greater support to families with new babies.  The managers on my team allow new moms (and dads!) to transition back slowly to work by working from home a day or two a week when family leave ends.

We’ve also allowed employees who are in good standing to telecommute one day a week if their job function is suitable for that.

It’s not perfect, but our more flexible family leave has been a boon for retaining our best and brightest while also doing the right thing for babies who need that critical bonding time with parents especially in those early months.

What do you think? How does your company’s family leave policy stack up? How did you handle your family leave and what do you wish you could have done differently? 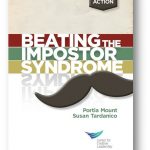 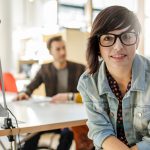