Risks and Rewards of a High-Flying Career

“What I learned after years of scraping my way to the top, was there was no There There.”

These were the words uttered to me by one of the most successful business women in Kansas City. I was in my early twenties having lunch with a board member of the foundation where I worked as a program officer. I had gotten to know Linda and asked if she would be willing to have lunch with me so I could learn from her about how to manage my career.

I was in awe of her.

At the time she was the founder and CEO of a very successful legal temporary services company, one of the first of its kind in the country.  She had started the firm after a storied career at one of the city’s largest law firms where had become one of the only female managing partners of major law firm.

I was young, ambitious and hungry to learn from a woman who had achieved a successful career and status as one of the most influential executives in the city.

I didn’t expect her to tell me that once she got to the top spot, she discovered that all that glittered wasn’t gold. Maybe I had heard her incorrectly.

During that hour lunch she broke it down for me. She shared how had been passed over for multiple promotions. She described the long hours in the office and weeks of travel working on complex legal cases. She spoke of her anguish of time away from her family.

After nearly two decades in the business she gave it all  up to start her own company. People told her she was crazy to leave her lucrative partnership at her law firm to start a business. This was after all before temporary work for white collar professionals had become commonplace as it is today.

She ignored the critics and started the firm anyway.

Her company became wildly successful and she eventually sold it for millions of dollars to a major temporary services company.

I’m reminded of that conversation now as the debate about women, career achievement and work-life balance once again dominates our attention.

Facebook COO Sheryl Sandberg’s book Lean In is hot off the presses and has been hotly debated for weeks. In it she urges women to claim their power and confront their limitations to propel themselves further, faster in their careers. Sandberg certainly has plenty of critics and boosters. Regardless, I think she’s raised an important discussion around women, leadership and the delicate balance of work and life. I’ve held off weighing in on Sandberg’s manifesto until I’ve read the book. But I’m anxious to dig in and share my insights.

So over the next eight weeks, I plan to dedicate a blog post to themes raised in the book and some not covered but that I think are important. I’ll talk about the issues surrounding women and ambition, career planning and the fertility factor, the importance of political savvy, the connection between leadership and fitness, women and competition and the likability factor. I can’t wait to explore these issues with you and get your thoughts!

I’m also excited to be part of a group of working mom bloggers who participate in a weekly Twitter Chat hosted by Working Mom Journal. We meet every Wednesday at 9pm EST and tweet under the hashtag #WorkingMomChat. This week we’ll be talking about the debate surrounding Sheryl Sandberg’s book, her philosophy and what it means for women.

Let’s get to work! 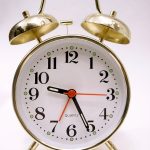 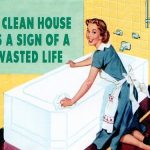