Unless you’ve been on a total social media blackout, you probably noticed a very pregnant Serena Williams is Vanity Fair’s featured cover subject. The photo is gorgeously shot by the famed photographer Annie Leibovitz.   She’s shown in profile chocolate skin glowing cupping a breast in one hand with a delicate chain around her waist just below her belly. Her hair cascades down her back as she serenely looks into the distance.

Her body is still the muscular physique she’s so famous for but now slightly fuller and rounded with pregnancy.

At the time, the cover was so scandalous grocers were forced to display the issue wrapped in brown paper.

Nevertheless, the cover was a sensation and started a trend that continues to this day. Celebrities from Mariah Carey and Jessica Simpson to Christina Aguilera and Ciara have all posed nude while pregnant as have countless models and reality TV stars (we’re looking at you, Kim Kardashian).

So I totally get Robin Givhan’s somewhat exasperated column, “Let Serena Williams naked pregnancy photo shoot be the last of its kind” in last week’s Washington Post where she writes:

“Celebrities have transformed pregnancy into another Instagrammable moment. One to be articulated with the help of a professional stylist, designer clothing and a top-notch hair wrangler. It’s become another business opportunity. Instead of promoting a film or album or clothing line, they promote pregnancy — transforming it into a magical, mystical, soft-focus experience. They are the modern Madonna giving birth to a love like no other. They are elevated. They are goddesses. Like so much else in life today, pregnancy must be performed….But even if a woman is a celebrity, that doesn’t make her pregnancy newsworthy.”

But I disagree with her assessment of Serena’s naked pregnancy photos.

Serena Williams, while lauded for her athleticism and brilliance on the court, has often been derided as manly and too muscular. Her entire body including her face have been mercilessly dissected.

Rarely, if ever, is she held up as an object of beauty and adoration. Read any comment section of an article about Serena Williams and invariably they will hone in on her looks and perceived lack of attractiveness.

We know how it feels like to always fall short of the beauty standard of the dominant culture.

Black bodies are fetishized and imitated but never held up as the standard of beauty. Our lips, bottoms and hairstyles are appropriated by white celebrities and deemed beautiful but when they appear on an actual black woman (or woman of color) they are considered less than.

Black motherhood is pathologized and stereotyped.

We are poor and struggling or forever grieving our dead children. Black women are revered for being strong and long-suffering (we are reminded that as descendants of slaves we have a high-tolerance for enduring suffering)  but not for being physically beautiful and full of grace.

Which is why we need more positive images of black women. We need to see beautiful pictures of pregnant black and brown bellies cradled by loving hands.

Black and brown women deserve to see pictures of women who look like them who are happy and content in their full-bellied beauty glorious in anticipation of the arrival of a child who is expected, loved and wanted.

Serena, who for so much of her career has been (mostly) lauded has an athlete but derided as a woman, deserves to look and feel beautiful.

Pregnancy is one of the momentous times in a woman’s life and she deserves to revel in it and share her happiness.

We need Serena’s naked pregnancy photos- hers and others.

So I say bring on more naked pregnancy photo shoots of Serena and other women of color to show that black motherhood is beautiful. Young black women especially need to see these photos when our culture today so often denies us of our humanity and steals our beauty.

Serena’s message – intentional or not, is one we all need right now.

Black motherhood is magic and full of grace and wonder. And that is an image we should never get tired of seeing.

What do you think? Are you sick of seeing naked pregnancy photos? Do they have a place in our culture? Let me know what you think in the comments. 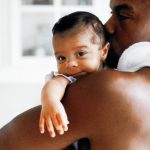 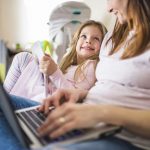