Women, Success and The Likeability Dilemma

One of my favorite movies is the “Devil Wears Prada” about a young, up-and-coming journalist who spends a year as the executive assistant to a top fashion magazine editor. As Miranda Priestly, Meryl Streep channels everything we hate about successful female executives. She is mercurial, vindictive and heartless when it comes to getting what she wants.  Her staff and the designers her covet her endorsement live in fear of her. It’s only at the end of the movie do we see a hint of vulnerability when the protagonist, Andie, decides she’s had enough of Miranda’s abuse and quits her job suddenly during Paris Fashion Week.

It’s a fun film with great fashion and terrific comedic performances but it also once again cements the stereotype of the frigid, heartless female executive.

This movie came to mind while I was reading the chapter “Success and Likeability” in Lean In, Sheryl Sandberg’s self-described “feminist manifesto”.

I have to admit Lean In surprised me – in a good way. With all of the negative publicity that has been thrown at Sandberg, I was prepared to not like the book very much.  But as I read each chapter I found myself nodding my head and underlining certain passages.

While I don’t agree with all of her positions (more on that later) I believe in the core message of the book. And that is in spite of the very real institutional biases that still hold women back, there is much that we women do to hold ourselves back. We have more power than we think and it’s time to own it to shape the kind of lives and careers we desire.

Her message is that society will improve for women when more of us get into leadership roles. That’s a powerful message and while we all may not agree on the best way to get there, it’s a conversation worth having.

This brings me to Sandberg’s thoughts on success and likeability. She cites research that shows that success and likeability are positively correlated for men and negatively correlated for women. She points to the famous “Heidi/Howard” experiment where two people with the same credentials are presented to a group of students and the students ranked Howard as more likeable than Heidi despite having the same backgrounds.

Women in the top spot are often called Queen Bees, Bitches — or my personal favorite Corporate Nuns (because how can a successful powerful woman be attractive to men?).  While men often get promoted using a command and control leadership style, a woman using a similar style will frequently be labeled as being too aggressive or not a team player.  Furthermore, Sandberg writes:

“If a woman is competent she is, she does not seem nice enough. If a woman seems really nice, she is considered more nice than competent… Acting in stereotypically feminine ways makes it difficult to reach for the same opportunities as men, but defying expectations and reaching for those opportunities leads to being judged as undeserving and selfish…this complicates everything because at the same time that women need to sit at the table and own their success, doing so causes them to be liked less.”

And herein lies the quandary: how to get ahead without getting labeled as unlikeable (and hence un-promotable).  Of all the chapters in Lean In, Sandberg’s lack of solid advice on how to handle the likeability dilemma fell flat for me.

Rather than focus on being likeable, I wished she would have focused on the importance of strong interpersonal skills and authenticity.

Poor interpersonal skills are one of the key reasons all executives fail.

There is plenty of research that poor interpersonal skills is a major derailment factor for executives regardless of gender. Interpersonal competence includes being a good listener, being available to others, having strong collaborative skills, sharing responsibility, being non-authoritarian, being team-oriented, being trustworthy, as well as being straightforward and ethical.

All of these “soft” skills are vital to career success.

It’s not enough to be likeable but one must be able to make true connections with others and be authentic.

Women need to be comfortable bringing their whole selves to the job and be unapologetic about who they are.

At the same time, I never lose sight that at the end of day, I am accountable for leading my function and making tough decisions that may be unpopular. In those moments I can’t worry about being likeable but I can always be authentic. I can be my true self.

I’ve seen women who get promoted into senior positions suddenly change in their new roles. They feel they need to show they are as tough as the men around them and suddenly become brittle and inflexible.

But the best leaders combine strong interpersonal skills and bring an authentic leadership style that inspires their teams and lets individuals shine.

I don’t think there is a silver bullet for the likeability dilemma but I do think that authenticity and strong interpersonal skills, a place where many women already excel, can make the difference between success and failure.

So what do  you think? Do women worry too much about being liked? How have you personally dealt with the likeability dilemma? Let me know your thoughts in the comments.

Five People You Need on Your Team NowCareer 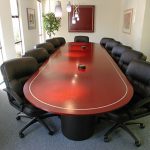